The fact the Neocatechumenate calls itself "The Way"- not "a Way" or "one of the Ways", but "The Way"- should raise a lot of concern.  In Christianity, which the Way considers itself a part of, Jesus Christ is the Way, the Truth, and the Light.  To call oneself the Way is to outshine Jesus.  It is an attitude of spiritual and secular hubris to claim one's mission, agendas, worldview, and practices are perfect.  This is an unhealthy attitude, and is offensive to many Christians and devotees of Jesus.


The Neocatechumenal Way considers itself part of the Catholic Church and has won the support of three Popes, many bishops, and loads of priests.  However, its theology is largely Protestant.  Protestant is the opposite of Catholic.


Why would a religious movement want to preach the opposite of the entity it wants to be part of?


My personal guess is that Kiko is attracted to the power and prestige of the Catholic Church and believes it is the best agent for him to make the changes he wants.  Its money and power are useful.  He sees it as a sword he can use to help him successfully spread his worldview.


Even more puzzling is the question: why would three Popes support a movement that is not very Catholic?


It seems the Popes were desperate to attract people to the Church and Kiko exploited their situation by offering a movement that successfully converts people and adds them to the Church rosters.  Also, he has turned out many new priests, nuns, and religious professionals.  On top of that, the Popes, especially John Paul II (a big fan of Kiko and Carmen), were faced with an influx of over-liberalism since the Vatican II changed the nature of the Church, and the Neocatechumenal Way gave them a rare dash of conservatism.  What Pope could resist?

Unfortunately, the Church has had to pay the price for supporting Kiko; though the Vatican is largely tolerant and supportive of the Way, Kiko bites the hand that feeds him and refuses to follow the Pope's orders, mocks Church officials behind their backs and to their faces, disrespectfully invades their parishes, and changes their rituals to suit his own beliefs and needs.


Not everyone understands theology and not everyone is Christian or even religious, but it is important to look at the liturgical and theological things the NC Way teaches because:


A: The fact the Neocatechumenate refuses to follow the rules of the establishment it claims allegiance to shows it is rude and
ungrateful, and also self serving,

B: Whether or not one agrees with the teachings, they open up questions about humans, life, spirituality, and philosophy
which are important for people to think about in general and can serve us in our mission here.

C: Studying its religious teachings gives us insight into what members are learning and how they are being psychologically and
morally harmed.  Much of the teaching is about sin, ethical matters, and human nature.


Here is an overview which should be understandable even for those who are not religiously educated: 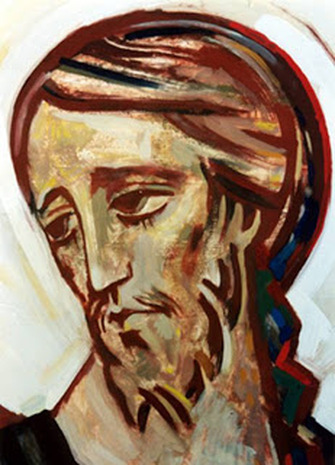 Catholicism believes: Humans are damaged by sin but are fundamentally good
NC Way believes: Man is "zero plus sin."

Catholicism believes: The wafer eaten at Communion is the actual body of Jesus
NC Way believes: It isn't.

Catholicism believes: Jesus's crucifixion was a sacrifice to save all humans
NC Way believes: It wasn't.

Catholicism believes: People can and should try not to sin or harm others.
NC Way believes: Man cannot help but sin, so what's the use?

Catholicism believes: We can change our destiny and choose to act morally.
NC Way believes: Everything in our lives is predestined.  No use trying.

Catholicism believes: People are supposed to try to act like Jesus.
NC Way believes: Jesus is not a model for us to act like.

Catholicism believes: It is man's duty to help his fellow man.
NC Way believes: Personal spirituality and converting others is more urgent than charity.


A shocking thing I saw in Gordon Urquhart's book "The Pope's Armada", is NC Way catechists need not study theology, religion, or psychology.  They just need to "live the Word" of Jesus/God.  [read page 103-104 of "Pope's Armada].  How vague.


Though the last three Popes have been supportive of the Way, especially John Paul II, Kiko and Carmen have had to be kept under control a few times.  They sometimes react to these controls with antagonism.  When one Pope referred to the Way as a "movement" in a speech, Carmen shouted out and interrupted him, "We are not a movement, but a Way!"  She did this two other times during the speech, so the Pope got fed up and said, "Well it moves doesn't it?  So it's a movement!"  They object to being called a "movement."


Many of the rituals and practices of the Neocatechumenal Way also neglect or change the Catholic traditions.  The way they bake the Communion wafers is all wrong, and leads to the wafers breaking up and leaving crumbs everywhere and the Neocats ignoring them.  Not only does this make a mess, but it disrespects God in the eyes of Catholics, since those crumbs are part of the wafer, and the wafer is supposed to be Jesus Christ.

Words are left out of the masses, especially mentioning sacrifice, since they don't believe Jesus sacrificed for our sins.  They believe sacrifice is a pagan notion.  They take communion sitting down, which isn't the way of Catholicism. Everything used in the ritual- chalice, songs, prayers, paintings- must be approved by Kiko.  No other music besides his flamenco songs can be used.  This is fine, but shouldn't the focus be the teachings and not the style they are presented in?  The masses are not dedicated to teaching Jesus, but to teaching Kiko.  It's fine if a religious group has its own flavor, but when the message gets lost in it, what's the point?

Still, the Way receives much financial and other support from the Vatican, and has influenced many bishops and priests to allow it into their parishes, even though Way leaders and members are often rude and hostile to the parish members.  They insist on having their own separate rituals (which non-members are sometimes banned from) at inconvenient times and places, and demand the attention of the priests, which takes their attention away from non-Way members, who are left out.

Priests who have been influenced by the Way often start to act strangely and purposely neglect or belittle their non-Way parish members who notice strong differences in their behavior and the heavy favoritism they start showing towards the Neocats.  Neocats seem to purposely schedule their separate holiday celebrations to be in direct conflict with the times the regular parish celebrates, and priests who are supportive ignore the non-Neocat event.  In England, people noticed when Neocats took over their parish, the priest had no time for them and had a callous attitude towards churchgoers, even allowing bums and violent attackers into the church while ignoring the complaints he received from someone who was a near-victim of an axe-wielding lowlife.


The Way needs to start following rules if it wants to be a good Christian group, including secular rules and common sense tact.  If it keeps acting pushy and elitist, it will ruin the lives of many people and kill the religious spirit in the parishes it invades. If it keeps receiving support from the Pope, it needs to start following his directions as well, since he was (for whatever reason) kind enough to tolerate them in his church.


In short, if you don't wanna follow the rules, don't play the game.

The following are articles and links to various liturgical and doctrinal errors of the Neocatechumenal Way.  Many are relatively mild, such as the sitting down for Communion, but others are more dangerous, such as the teachings about sin.

A long, detailed analysis of both liturgical and psychological abuses, but with a somewhat heavier emphasis on liturgical.  It is detailed and a relatively easy read.  The author is a conservative Catholic and believes the movement is harmful, immoral, and dishonestly pushes Protestantism.

"The bread for the Mass is baked by the members and resembles an ordinary loaf. In the breaking and sharing of our Lord's body, crumbs and
fragments are inevitably scattered all over the church and trodden underfoot. This of course...should scandalize any genuine Catholic."


"...Christ's death on the cross was not a propitious sacrifice. That idea is, according to Kiko, a pagan notion...God is not offended by sin, in Kiko's
theology, for that would imply that God could be damaged by human beings..."


"Kiko and Carmen write in their guide, 'Man is not saved by good works(...), Jesus Christ did not come to give us a model of life, an example (...).
The Holy Spirit doesn't lead us to perfection, to good works (...), Christianism doesn't require anything from us (...). God forgives freely the sins
of those who believe that Jesus is the Savior.' A more clear statement of Lutheran doctrine...would be difficult to find."


"The Orate, Fratres is omitted on Kiko's orders, because it mentions sacrifice and Kiko denies the Mass is a sacrifice. The Agnus Dei has
similarly been suppressed by him because of the reference to taking "away the sins of the world." Kiko denies that Christ takes away sin because
of his belief that man is for ever and always ontologically "zero plus sin"."

A short and concise piece about the various problems with Kiko's teachings, and how they differ from Catholicism.

"Therefore, according to Kiko, since man is unable to carry out his own moral choices, he is not responsible for any evil which may result."

"p. 130 of the Orientations, Kiko asserts that "man is slave to the devil and the devil manipulates him as he wishes. The law says we
should love one another. But, if we love another, we will die because love destroys us. We don't want to die so for this reason we cannot love."

"Kiko says, "...Bread and wine were made to be eaten and drunk. I always say to the Sacramentarians who have constructed an immense
tabernacle, 'If Jesus Christ had wanted the Eucharist to sit there, he would have made his presence be in a stone - which doesn't spoil.'"

A relatively short page with instructions from Kiko's secret catechesis.

"What is the Catechumenate? A time in which mud will be thrown in your eyes. It is Jesus Christ who does this. Because you do not know that
you are blind. You don't know that you are dirty and for this you don't want to wash. Jesus will cover your eyes with mud so that you will feel
uncomfortable and have to go to wash in the waters of Baptism, to cleanse yourself of your sins.
- First Day, page 14"