Psychological Abuse by the Neocatechumenal Way

Since the Christian religion puts an emphasis on sin and on moral correction, many Neocatechumenal practices and preachings toe the line between psychological abuse and standard Christian discipline. But if we study the practices of the Neocatechumenal Way, we find that many of these practices are not healthy for the mind or spirit and cause objective harm to the group member.  They can therefore be dismissed in and of themselves, without ambiguity or hesitation. 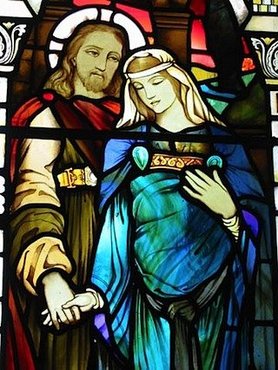 A number of questionable and dangerous psychological practices are undertaken by the Neocatechumenal Way and its catechists:

*Preaching that love between family or husband and wife is wrong

*Heavy pressure on couples to have large families, even at expense of their health

*Heavy emphasis on sins, especially sexual sins, and the intrusion of the catechists into the person's private life


Many families have been destroyed by these practices and some members have come out of the movement suicidal and depressed.  Augusto Faustini's wife and children abandoned him because he opposed the Way, and his son tried to strangle him because he believed the Way was sent by God.  Franca Passoni's brother had to give up his violin because the catechists thought he was making music an "idol."  Others have said the Way breaks up marriages, or the opposite- some battered wives are forced to stay with abusive husbands because divorce is a sin (unless, of course, the catechists prescribe it).


A new member's introduction into the Way is usually mild and harmless, but after a longer amount of time invested, larger abuses occur and the fear of dropping one's commitment rises.  Members are told outside the Way is no salvation, and since Way friends will abandon them if they leave, they do not want to exit, even if they are conscious of the wrongness of the practices.  Some of their tactics, like the second scrutiny, in which the member has to confess his sins in front of a crucifix, are similar to tactics used to get World War II prisoners to confess.

Since much of what the Way teaches is positive and makes sense (spiritually or otherwise), members neglect the negative parts.  Society teaches us not to expect perfection so we tend to mistrust things that seem "too good".  Negative feelings members have about some of the practices are taken by them as proof of the movement's genuineness; if it were too "perfect", they wouldn't trust it.  Also, since most wise people understand learning and changing can require pain or unhappiness, members believe the negative things that happen to them are instances of this.  They are unable to distinguish between healthy and unhealthy pain.

The Way is also a program of lifestyle and spiritual change for people, and any program of change must naturally require members to get rid of their old habits.  You can't make an omelet without breaking eggs.  But once again, the members are unable to distinguish between healthy change and unhealthy detachment from important things in their lives.  They also learn an all-or-nothing approach, and think the way to stop something from over-influencing their life is to cut the thing out completely.


Listed on this page are examples of the psychological abuse the Neocatechumenal Way exerts on its members, from articles, documents, emails, and comments.

Church Mouse, an Australian Catholic site, is very against the Way and understands some of its psychological tactics.  This article is a short overview full of bulletpoints about the bad aspects of the Way, including psychological misdeeds, inflexibility by the group in church matters, and negative preachings.

"...married people are told such things as: "You should have another baby now...", "...members keep contacting those who leave, offering them
transport in their cars, encouraging them to come back..."

"...great emphasis on sin and our own unworthiness...negativity of our lives is stressed"..."They do not encourage wide reading or study. Their
biblical interpretation tends to be literal"..."taps into people's fears about sin, sexuality, family hurts, and keeps them locked into such attitudes,"

"...significant number of people...sought professional help...stability of individuals and marriages appeared to have been under threat..."

The above article is largely about the Way's liturgical and religious abuses, such as that the Way's practices seem Protestant, but many paragraphs are dedicated to psychological abuse as well.  It talks about the scrutinies and the public confessions.

"Any attempt to reduce one's time commitment to the Way to ease the strain on one's marriage will be met by the objection that you are making
your marriage an "idol" by allowing it to come between you and God - whose will is always equated with the Way..."  [pg 5]

[First Scrutiny] "...every "brother" and "sister" is compelled to confess in front of the whole community and the catechists what his or her personal
cross [hardship] is...members often confessing with tears and with great internal resistance..."    [pg 13]

[Second Scrutiny, the real turning point] "The catechists repeatedly tell the ones who have tried to quit that, "Outside the Way you'll be with the
dead because this is the road the Lord has chosen for you."

"The person facing the second scrutiny is required to sit in the middle of the room with a crucifix in front of him. A panel of "scrutineers" are
facing him...The "victim" will be told that to lie, would be the equivalent of lying to Christ at his last judgement.

"An example of the sort of questioning tactics used would be, "You have been married ten years, but you only have two children. How have you
achieved this if you have not used artificial contraception?"    [pg 13]

[attitude towards non-Way members] "With the rest of my family, I am a stranger to them. And it is very difficult for me to stay there and very
dangerous for me also. More than a week with them - very dangerous. You feel that this is not your place, you feel a stranger."  [pg 15]

PSYCHOLOGICAL UNDERPINNINGS IN THE NEOCATECHUMENATE COMMUNITY

Report by Professor Picano, Psychiatrist at San Camillo Hospital in Rome.  (scroll down about 1/3 of page)

"For twenty years, my mother has been a member of the Neocatechumenical Way, but my father didn't become a member. For this reason they
were totally separated up until his death...I was thrown out of the house...had been told by a catechist and by a psychiatrist in the movement
these very words: 'We have bound your mother to obey and we have ordered her to throw you out of the house.'"

"Single families don't exist anymore, instead, a large family gathers all the members from various families..."

"You can find Neocatechumenal couples (man-woman) who in reality are the fathers-parents of the communal family. An emotional
relationship can take on sexual connotations (not in the sense of there being any physical relations), but in the sense that the two become the
father and mother of a large extended family...a woman revealed that her role had been the "lover" of the male-leader. She had fought against it
because in reality she sexually desired him and despised her husband."

"All of these people demonstrate a weak personality, a feeling of failure, and an incapacity to face their own mistakes...the individual removes
all responsibility from him or herself; he loses his freedom, he has no more power of discernment, he has no more will power, and he is no
longer conscious of his own errors. This results in a weakened individual who has no morale, no purpose, no hope, and no capacity to
love...People who have a strong faith don't join the Neocatechumenal movement."